San Francisco is an amazing place to visit just before Christmas. There’s a great big Christmas Tree lit up in Union Square and Macy’s is decked out in red bows and green wreaths. It’s almost like New York, but it’s not cold! 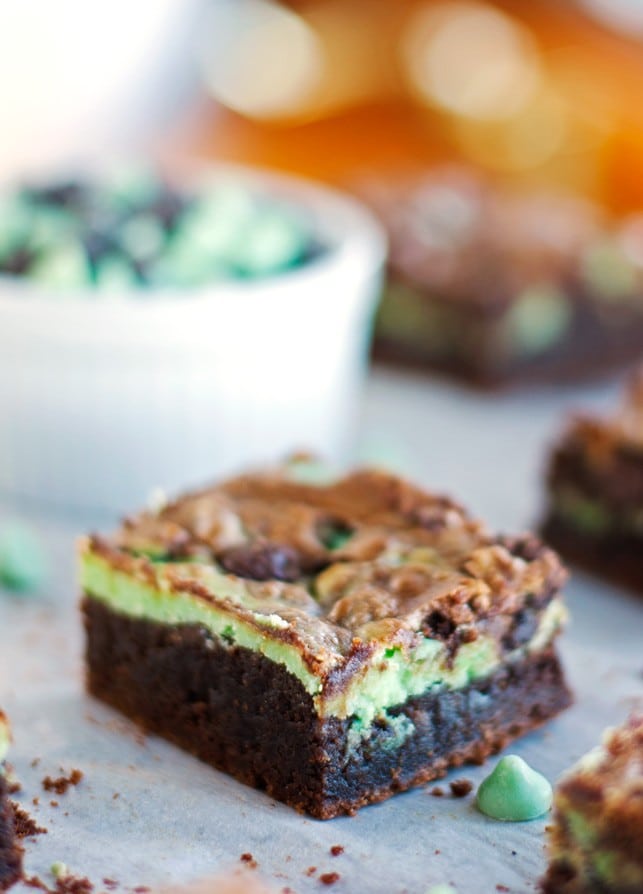 Chris and I just spent a super fun week in San Francisco for a professional conference. It was a wonderful break from the cold. I just love to stroll around the city in 60 degree, sunny weather. And the bustle of the city is so enlivening! 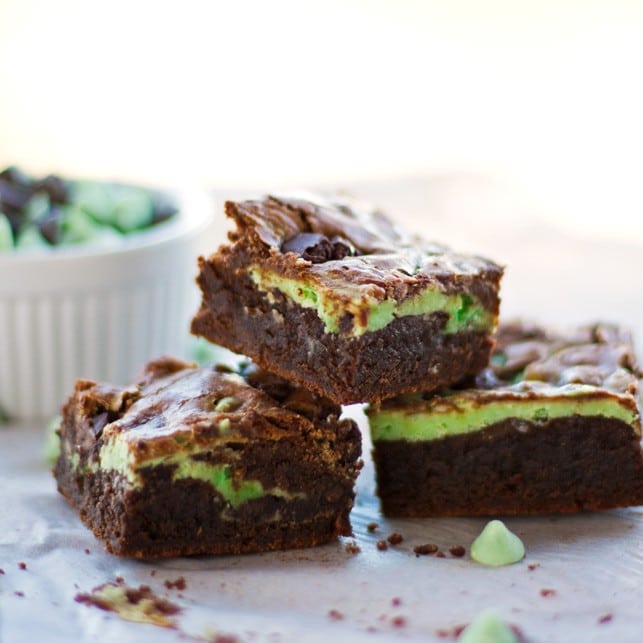 Plus, the Christmas flavors are in full swing at the coffee shops! I actually ate a peppermint chocolate cake while drinking a peppermint mocha latte, and that morning I did a deliciously similar pairing with gingerbread! Love it! I am posting these delicious brownies inspired by Sally’s Baking Addiction to help pass on the Christmas minty, chocolaty joy you can get right from your own kitchen. They have a divine mint cheesecake swirl. 🙂 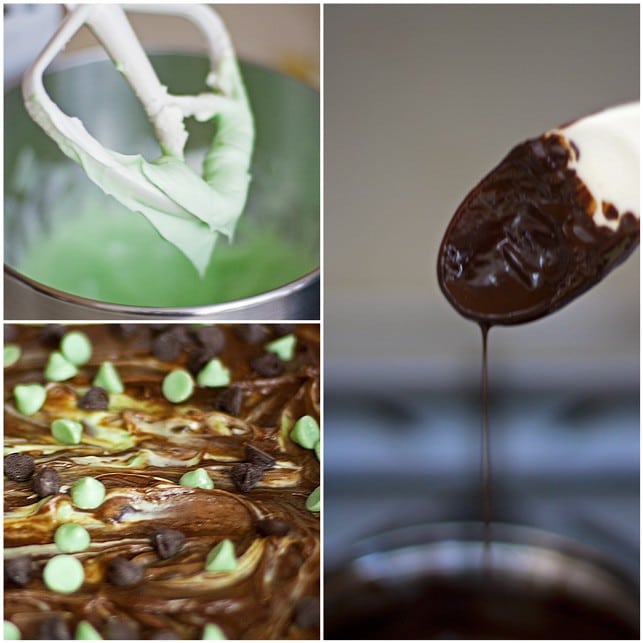 These are seriously, some crazy good brownies. Crazy and serious at the same time? You betcha! I made these at Chris’ parent’s house, and as soon as I gave the okay to eat them, they disappeared in about a second. I think everyone positioned themselves to grab one (or three) right away. Elbows might have been thrown. Seriously people, it was crazy. 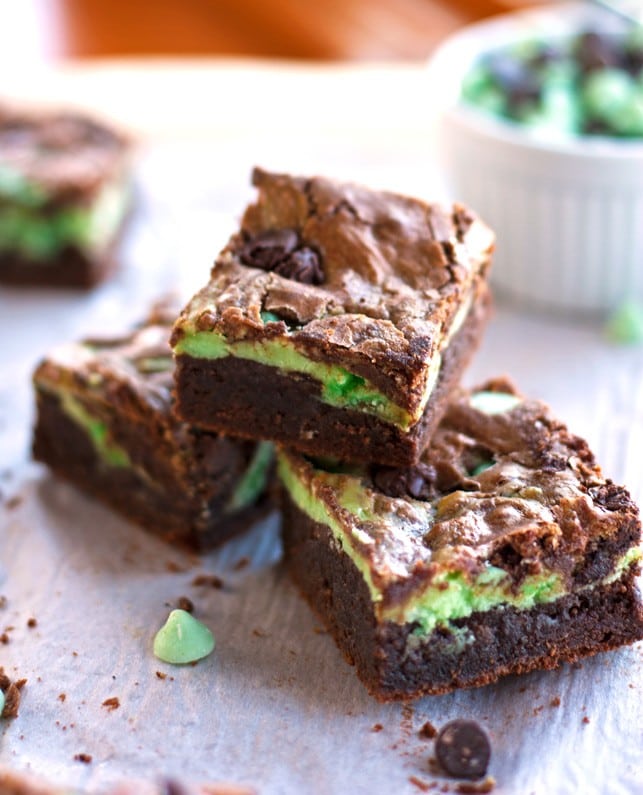 These yummy little guys are a great combination of rich, fudgy brownie swirled with tangy, refreshing mint cheesecake – a fantastic combination of Christmas flavors you can make right from your own kitchen 🙂 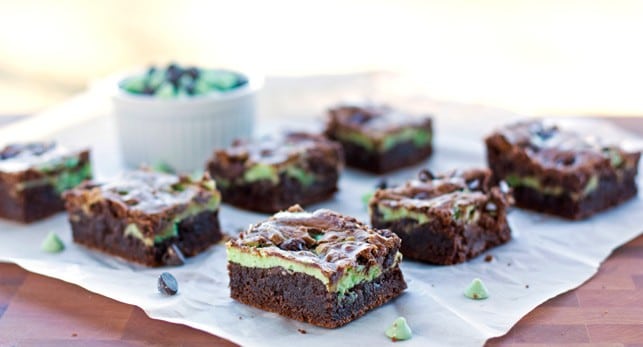 *I used chips but semi-sweet bakers chocolate would also work well.
**I used salted butter. If using unsalted increase salt to ½ teaspoon
***if possible choose a saucepan capable of fitting all ingredients. If not, transfer chocolate-butter mixture to a large enough bowl after melting.