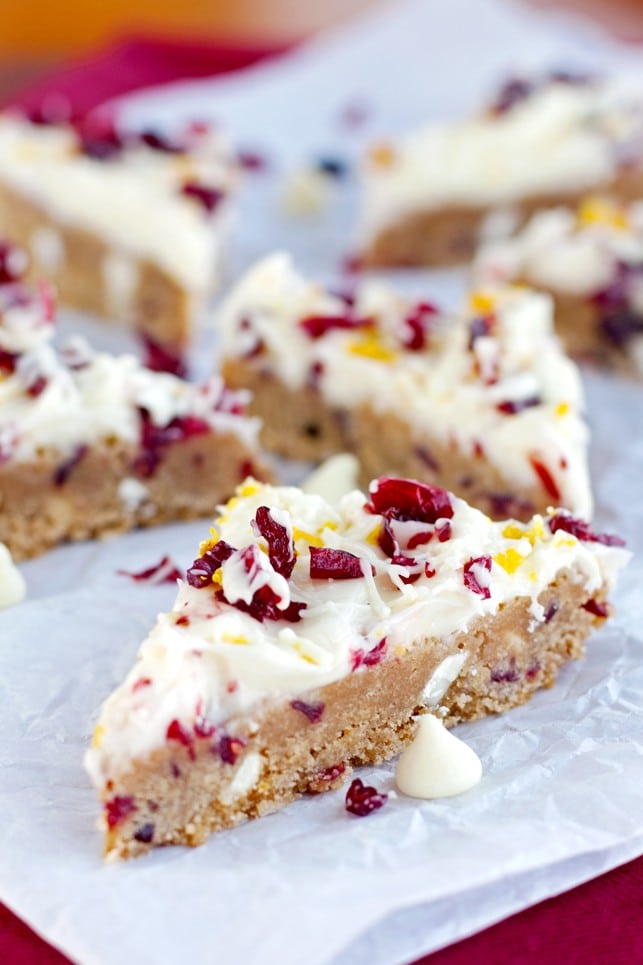 When I was in San Francisco I discovered Starbucks Cranberry Bliss Bars! They are sweet, tangy, and bright…pure bliss 🙂 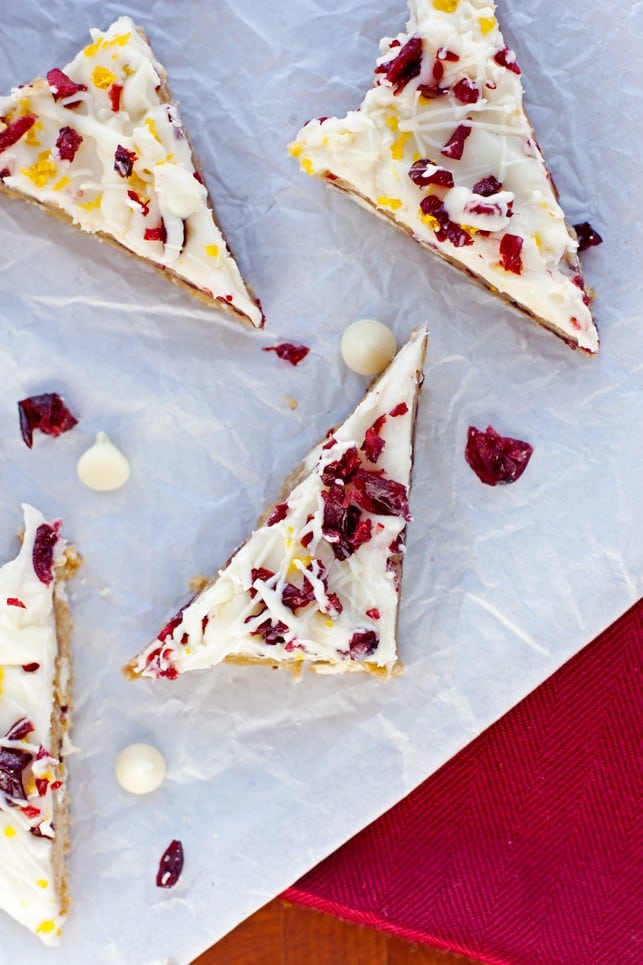 I love citrus desserts! They can be sweet but also still taste light and refreshing. These bars walk that line perfectly, merging the sweet Christmasy tastes of cranberries and white chocolate with the summery tanginess of oranges and cream cheese. 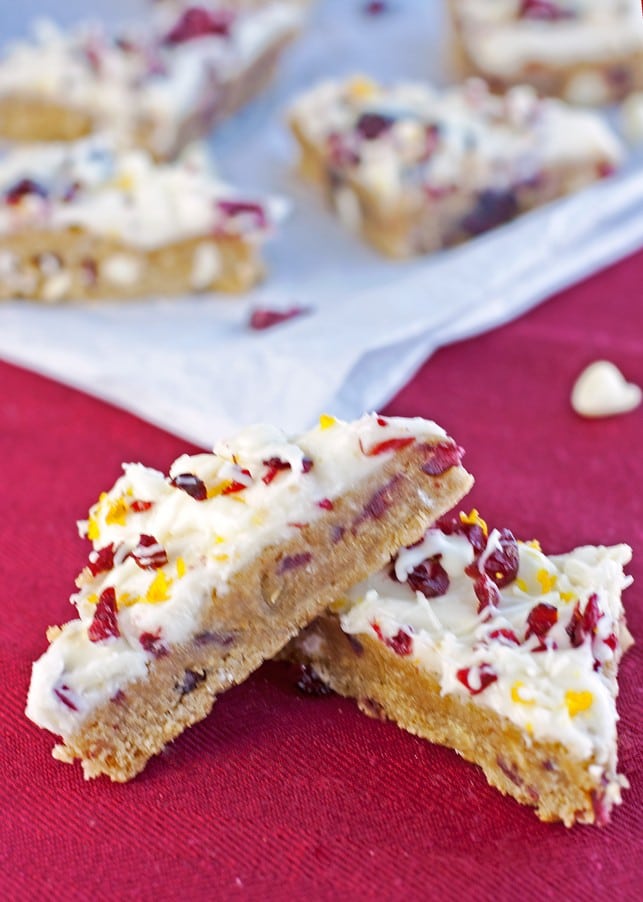 I baked a slightly lightened version from Mel’s Kitchen Café, where the sugar and butter have been reduced and the full fat cream cheese has been swapped for the reduced fat version. The result is just as rich and fantastic as the one I had at Starbucks! 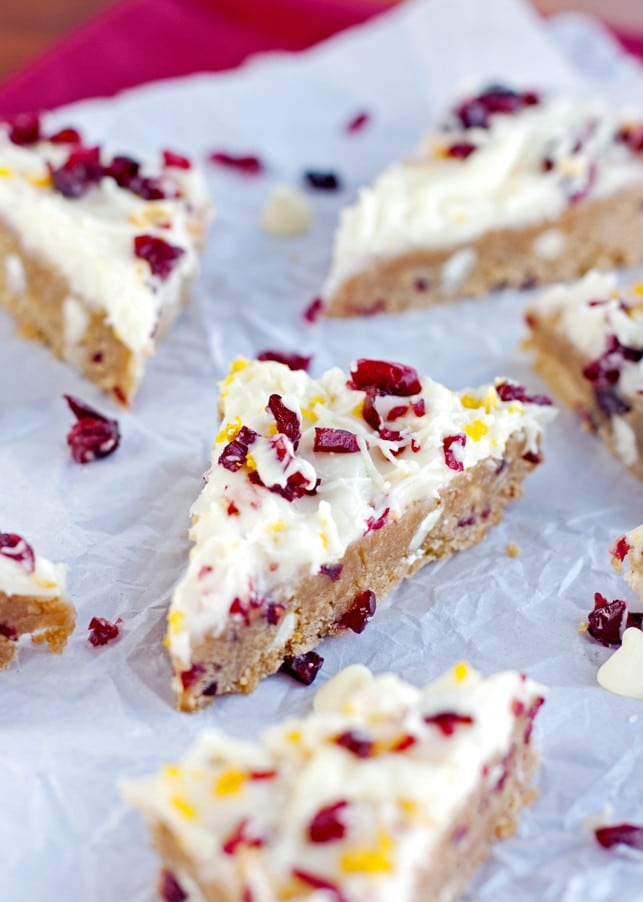