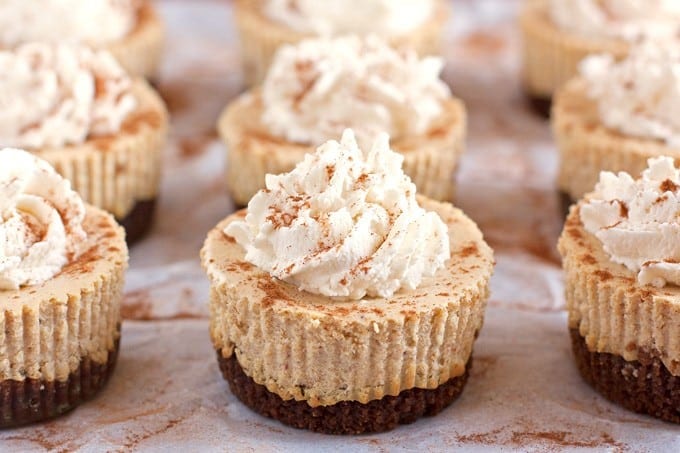 I had an incredible time at my conference in Vancouver and am now back in DC! While I was gone it seems fall really arrived in DC, and I’m looking forward to a relaxing fall weekend. These pumpkin cheesecakes are several of the many reasons I love fall.

Plus they are little! But not too little. Actually, I think the size is just about right. One bite is just never enough, especially for these little cheesecakes. So instead, these are perfect little, cupcake sized cheesecakes – at least three-bites each, maybe more. 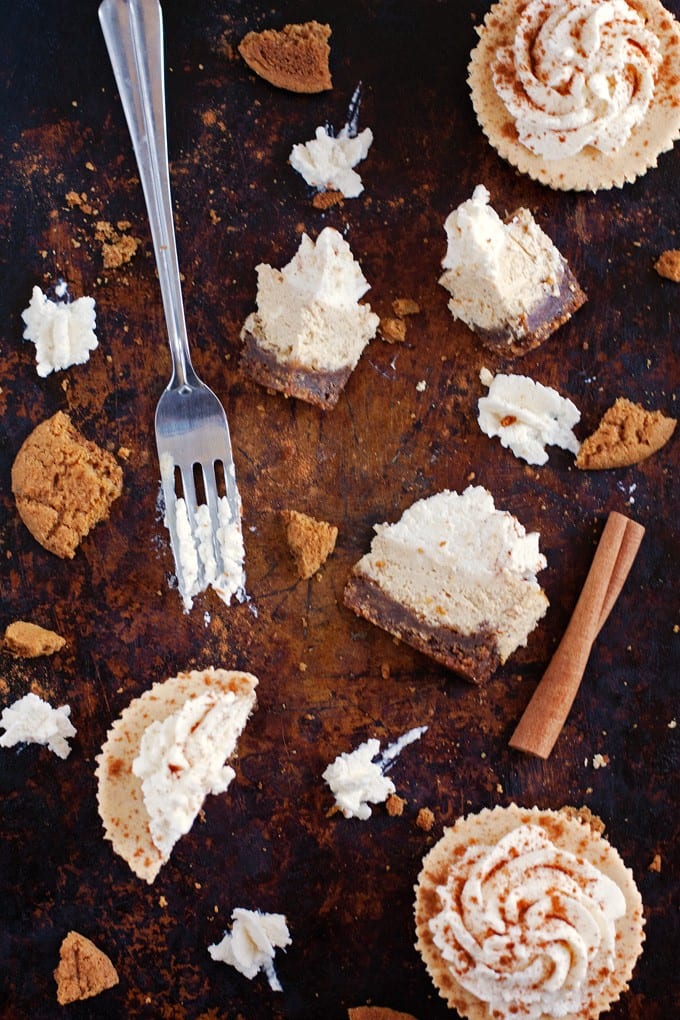 While buying ingredients for these cheesecakes, I had a mini-crisis. Should the crust be made of crushed ginger cookies? Or crushed cinnamon sugar graham crackers? After what seemed like an agonizing eternity, I decided on the ginger cookies. I just love ginger! Cinnamon sugar graham crackers would definitely be great too though, and adding some crushed pecans to the mix is also divine 🙂

After you crush the cookies and add the melted butter to the crumbs, you have to try the mixture. It was so gingery and buttery I accidently ate too much of it and had to go back out and buy another box of cookies (and more butter!) 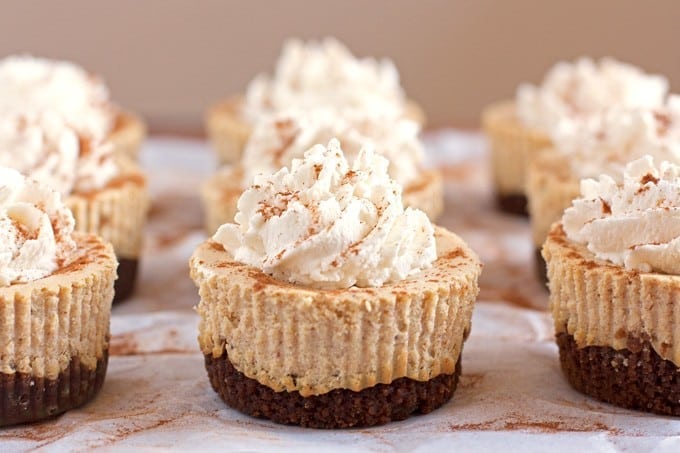 The cheesecake is tangy and creamy, with just enough pumpkin and spice to definitely taste like pumpkin spice fall deliciousness!

If you are making these for a party (like I did) you can pipe the whipped cream on these to give them a professional look. Add a sprinkle of nutmeg or cinnamon and the party guests almost won’t believe you made them. 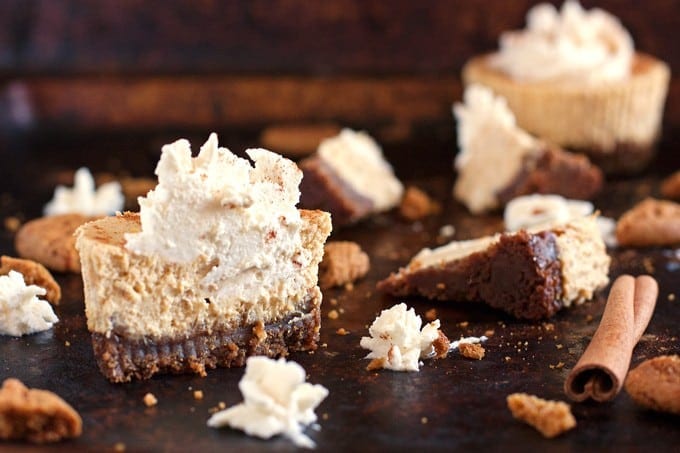 Just remember, they need plenty of time to cool, so be sure to make them ahead of time! I’d recommend baking the cheesecakes the day before and letting them cool in the frig overnight. I frosted mine with whipped cream in the morning and it held its shape great in the frig for a few days. We had cute little pumpkin dessert on hand whenever we wanted! Happy Fall! 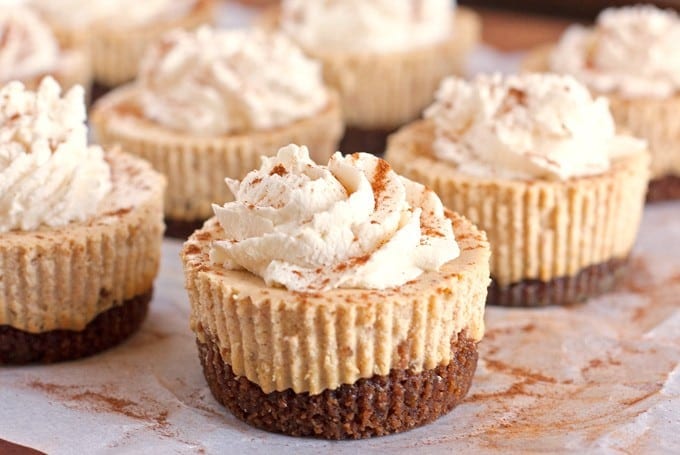