This blackened chicken makes a great one-dish weeknight dinner. I like to use my cast-iron skillet, because, somehow cast iron makes everything taste just a little better. But any oven-safe pan will work. If you don’t mind two dishes, you could even do the browning in a pan and the baking on a baking sheet.

The secret to this recipe is the browning in the pan. Oh how I love those little black burned bits. 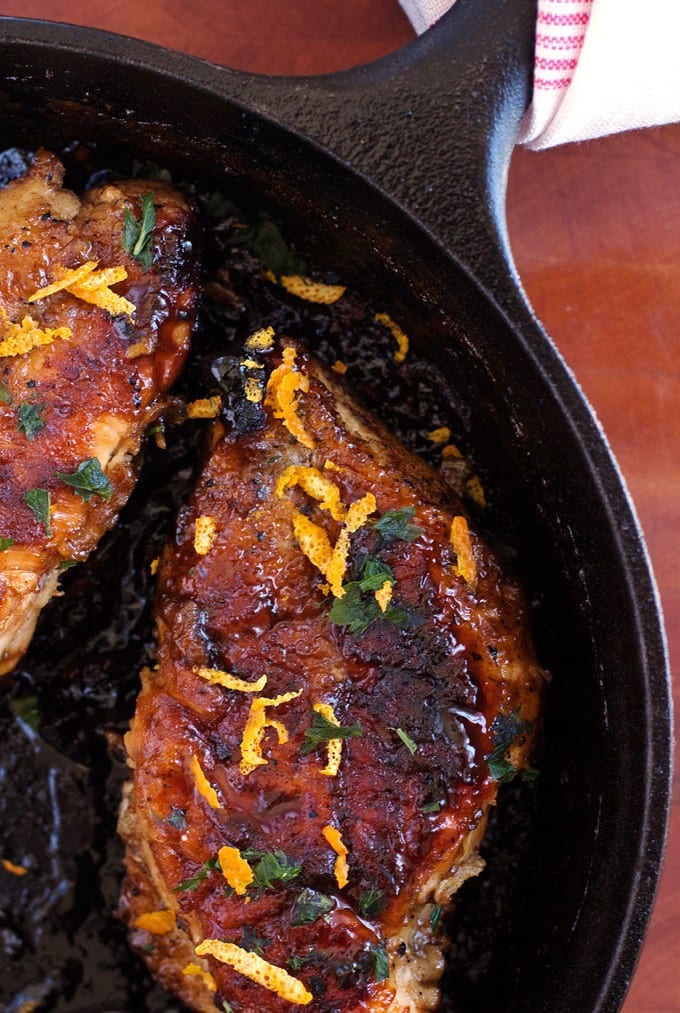 I give the chicken a light dusting of flour to help make things crispy. Then place it in a hot, oiled pan and let it cook until it just starts to burn. Just a little. Those little black and brown bits are chock-full of flavor.

Now that the you’ve got the chicken just a little bit burned, take the chicken out of the pan and place it on a plate. Now it’s time to make the glaze! 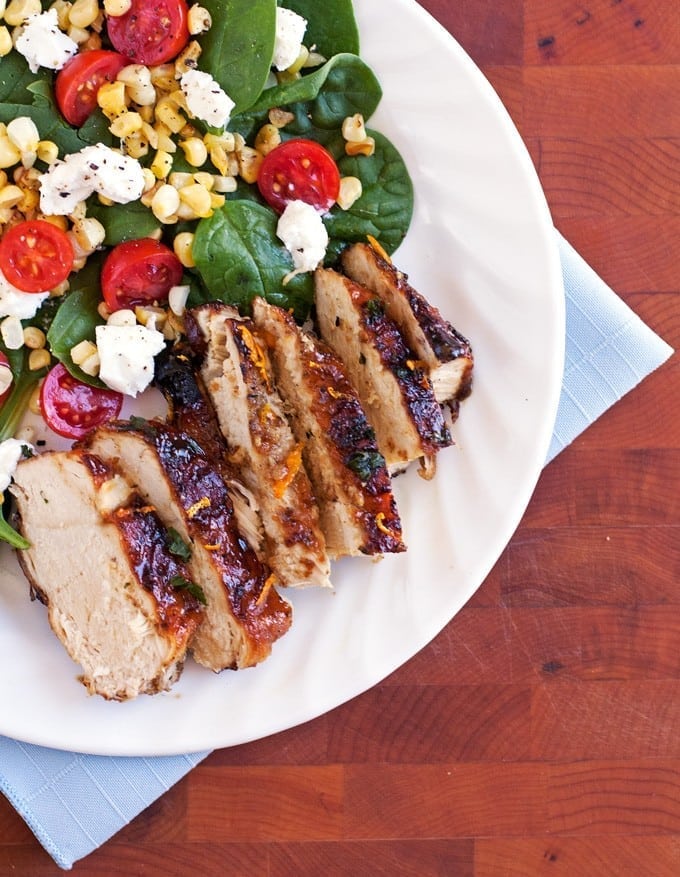 I used an orange-glaze for this chicken – packed with orange juice, honey, mustard, spices, a touch of brown sugar, and a little bit of vinegar. The glaze is pretty forgiving, so substituting similar ingredients for anything you don’t have is not a problem. I bet switching up the orange juice for apple cider would give the glaze a warm and spicy note, perfect for fall. 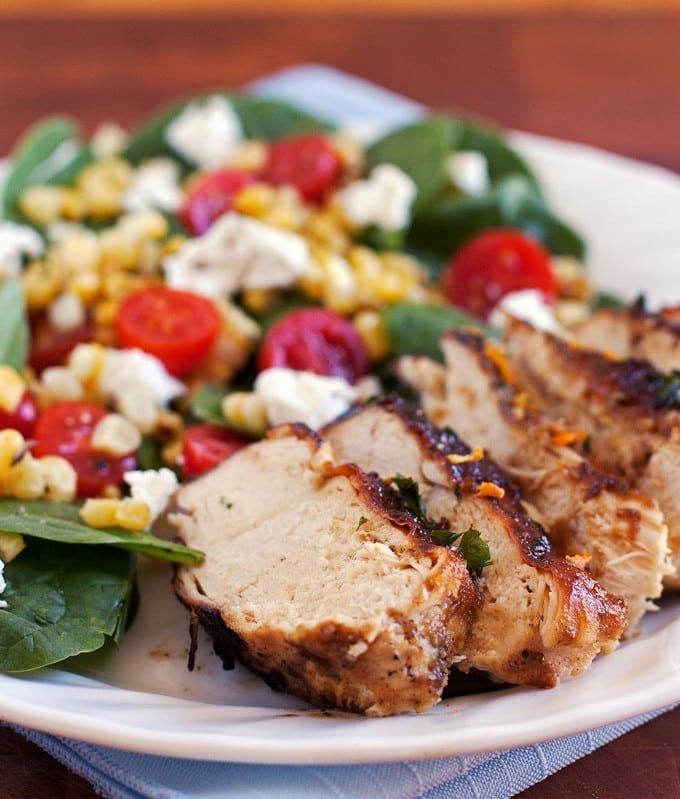 Pair it with a delicious side and voila! Dinner is served 🙂 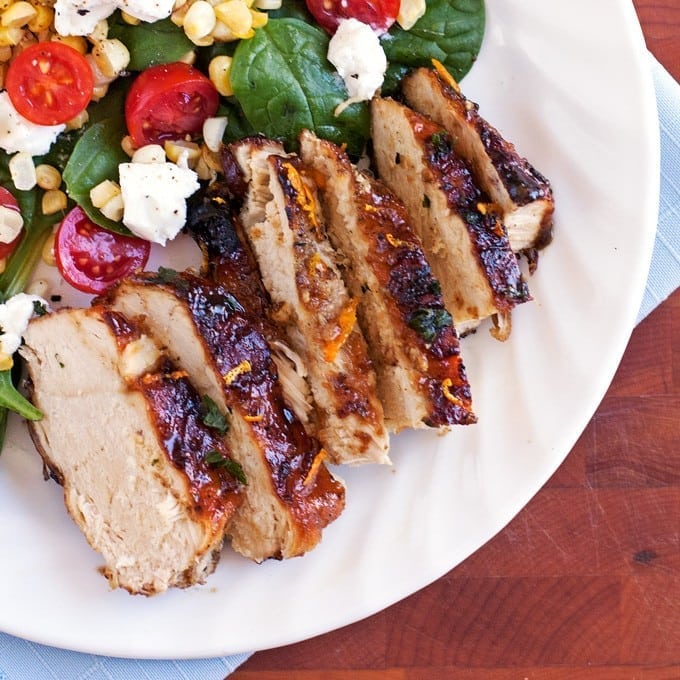