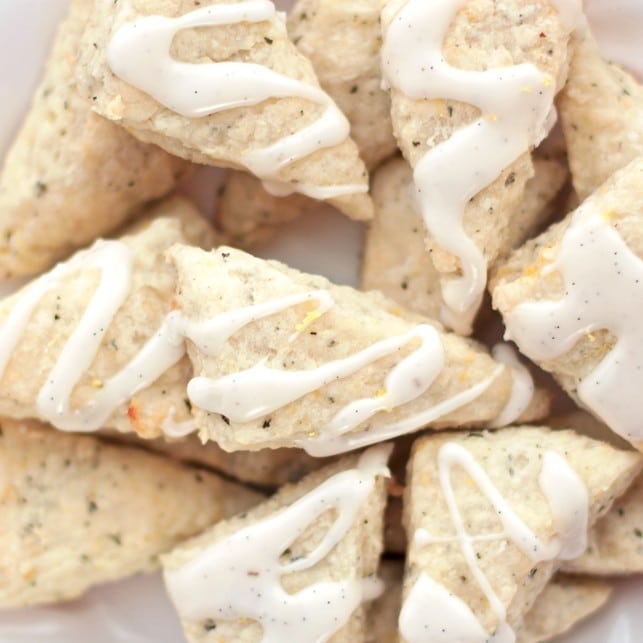 Happy Spring! Well happy no longer -52 degrees at least! Even if it is still below freezing I welcome the warm weather 🙂 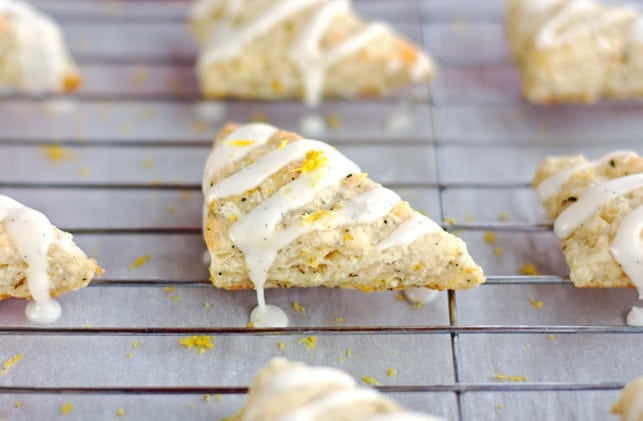 These lemon rosemary scones are prefect to brighten the weather and cut right through the cold temperatures. The lemony flavor tastes like a little bit of summer and the soul warming effect is multiplied when you pair them with a big mug of warm coffee. 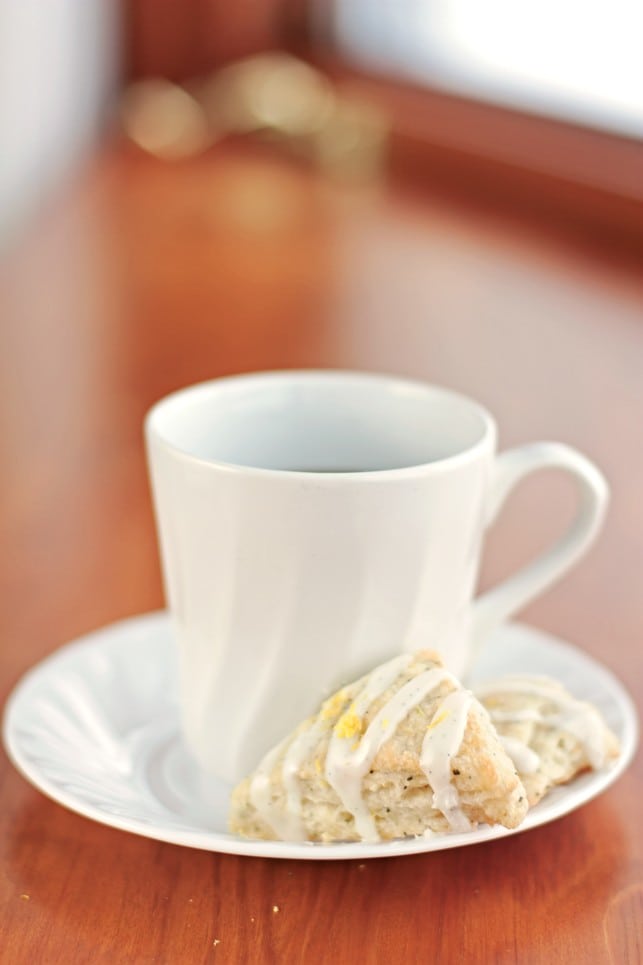 The scones themselves aren’t very sweet, so I topped with a creamy vanilla bean glaze. It’s sweet, it’s creamy, it’s vanillay, and it is yummy! Chris and his mom both declared it tasted like liquid gold! Mmmmm!

When it comes to scone recipes I was surprised to find a contentious debate between recipes with eggs vs. no-egg cream scones. The egg scones are airy and cakey, while the cream scones are dense and moist. 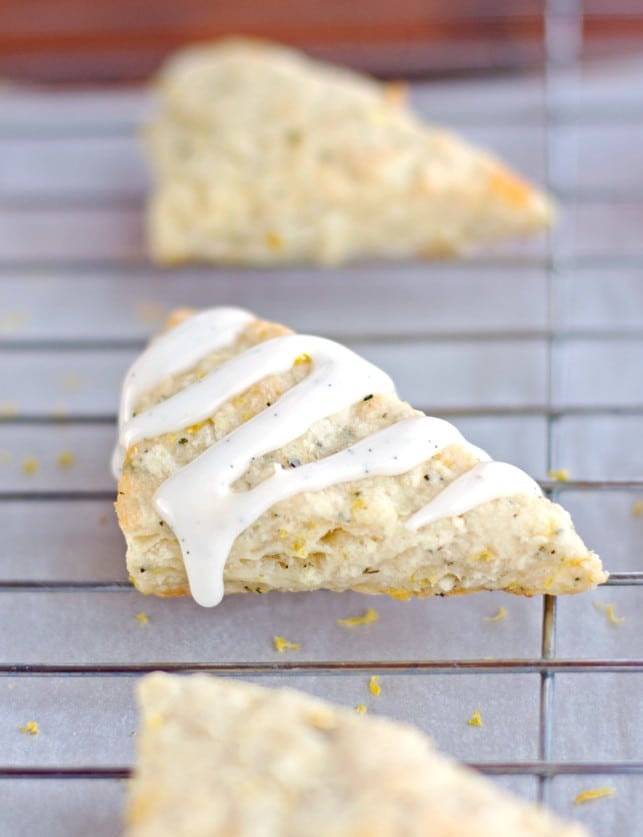 Cutting this recipe into mini-scones was perfect for me. I got to eat two of them instead of just one big one. Because the only thing better than having one yummy treat is having two!

*A nice explanation can be found at TheKitchn